Above the carriage entrance, the mascaron ornament portrays the God of shepherds. It is framed by two graceful lanterns. The exquisite historical courtyard offers a series of other distinctive mascaron ornaments. Remarkably beautiful, the private mansion is the only 18th century private mansion located in the area which has survived the renovation of Paris in the 19th century by the baron Hausmann.

Other celebrities have lived in the mansion overtime: the famous physiologist François Magendi, the King of France Charles X used its stables, the comtesse d’Aguesseau, the Minister-Resident of Toscany M. Matteucci, the Ambassador of Toscany M. Pistoi, the marquis de La Fayette from 1827 until his death on May 20th, 1834 and more recently the playwright Sacha Guitry. 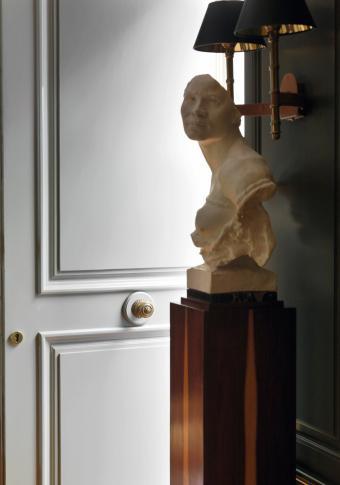 Michele Bönan has proven his exceptional skill of reviving historical buildings in various projects. He has also initiated numerous other projects which can be found all over the world in cities such as New York City, Miami, London, Florence and Capri. His hotels and resorts have found international attention and have been honoured with many awards. On account of his extraordinary sense of style and his attention to details, he is referred by the experts as the ‘Architetto eclecttico.’ Michele Bönan is a perfectionist of harmony.

He is enticed by creating something special and breathing new life into the construction project so all his projects carry his trademark: naturalness and elegance spiced by extraordinary ease. Michele Bönan has customized the luxury 5 star hotel from floor-to-ceiling with a sense of timeless elegance.

His refined decor offers a luxurious stay in Paris in perfect harmony with the prestigious high fashion surroundings of Faubourg Saint-Honoré. 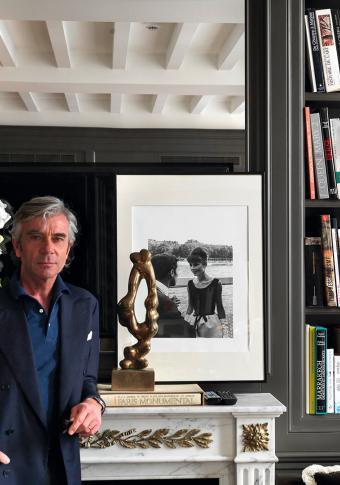 We are proud of this affiliation, symbol of excellence and utmost lifetyle.